We originally planned to ride up to Mt. Charleston Lodge for lunch today, but Mother Nature decided they needed more snow! Rain was expected in Las Vegas and the sky looked a little threatening but we decided to beat the rain and visit the Neon Museum. If you ever get to Vegas it is a must see. When signs are no longer needed they are donated to the museum. We learned that most of the neons are leased by the hotels usually for ten years. When the lease expires if the hotel doesn’t want it, it goes back to the sign company.

So many signs lay in this historic boneyard and I’ve only shared a few! 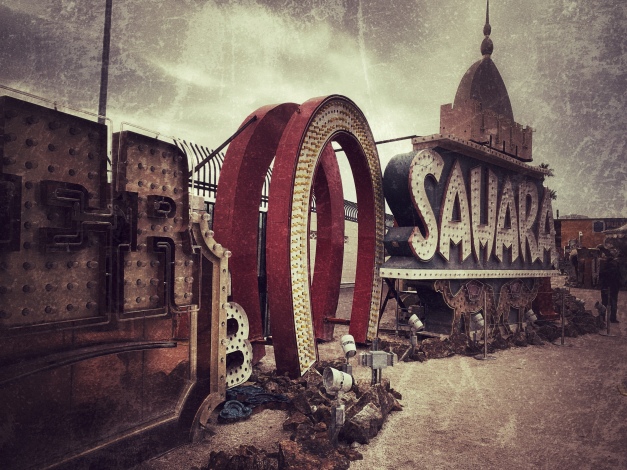 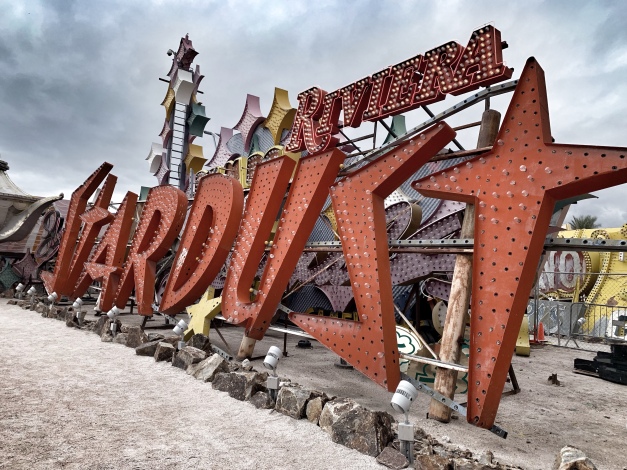 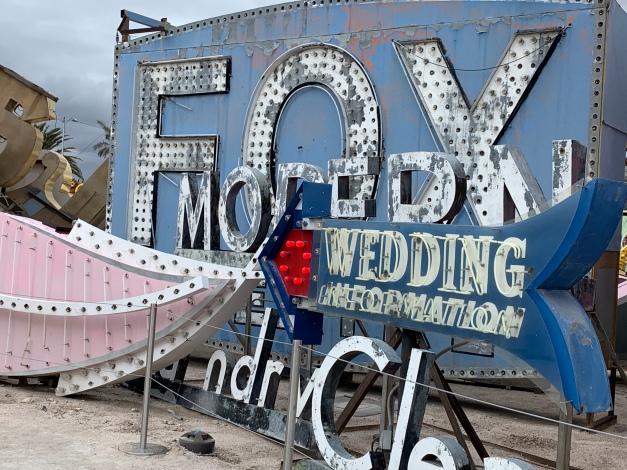 Red Rock Canyon is about 20 miles from downtown. The clouds continued to roll in and the wind got quite gusty, but we drove out anyway. Lucky for me the low hanging clouds made the already dramatic landscape ever more ominous. There is a 13 mile scenic loop, well worth the drive. Do not miss this if you are in Vegas. Sadly tomorrow we leave for Nashville, but I can say for sure that it won’t be 30 years before I’m back again!

Death Valley is about a two hour drive west from Las Vegas. We got a late start and we were meeting Dan’s cousin who lives in Pahrump, so we had a very short amount of time. The park covers 5262 square miles! You would need several days there to really appreciate its beauty. The power of Mother Earth is beyond imagination. These are just a few photos made on my phone!

The lowest elevation in North America at 282 feet. 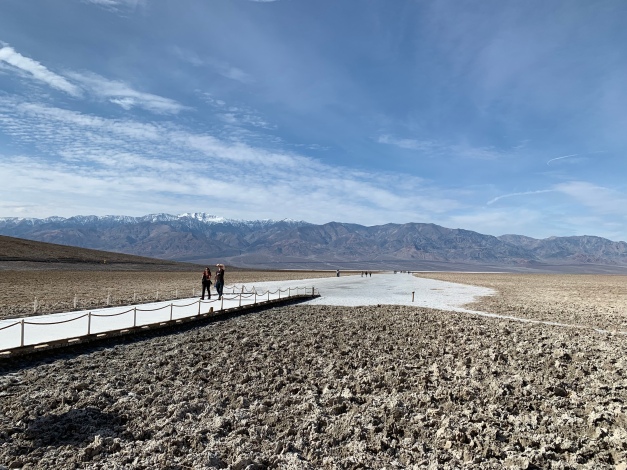 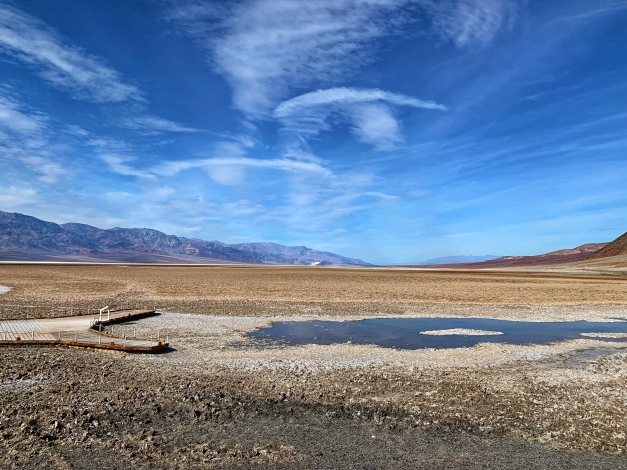 That white stuff is salt, not snow! 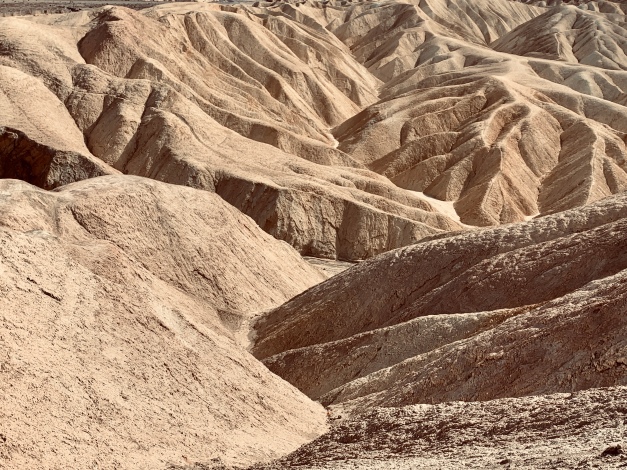 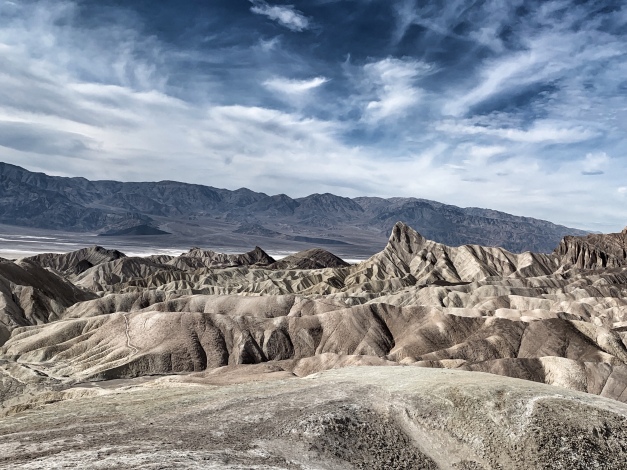 We met Dan’s cousin Dickie Hooper who lives in Pahrump. He insisted we eat lunch at the famous Sheri’s Ranch Brothel. He knows the bartender and apparently everyone else there! That was not on my bucket list but I can say it was a unique experience. They greeted us at the door of the bar and asked if any of us had an appointment! We said no we just want lunch!

Didn’t have time to see Red Rock Canyon so back to MGM. Later we had appetizers at Greek Sneek complete with Greek wine and Mythos beer. Ah, memories of Greece!